Jesus’ Sermon on the Mount Underscores the Importance of Application 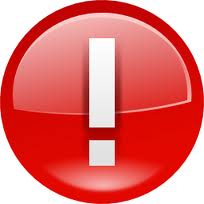 What is your view of the significance of application in preaching? If you were forced to put a price tag on “application,” what value would you assign it?

Oddly enough, those who are most committed to saying what God said sometimes struggle to bring the point home applicationally. Others don’t even try.

In the most recent Masters Seminary Journal, Bruce Alvord describes the problem this way:

Some pastors teach as if their only duty is to explain the original meaning of the text they are preaching. They focus their energies solely on explaining the passage and fail to give exhortations to implement the information they have taught. (125)

if you examine the greatest sermon Jesus ever preached, the Sermon on the Mount, you will see that he considered application to be a critical component. If you outline the sermon, you can observe how He valued it so highly that He included application not only in every one of His points, but also in each sub-point. To follow His example, we should not only explain the text well, but also help our listeners understand the present-day implications of that truth. (125, emphasis mine)

Alvord ends his article with several significant conclusions from his survey of Jesus’ sermon: (136)

As Alvord notes, even the way Jesus ends his sermon is suggestive. So let’s end where his sermon does:

It seems application was important to the Master. Or should I say critically important? Do we share his perspective of application, and does it show in the way we preach?