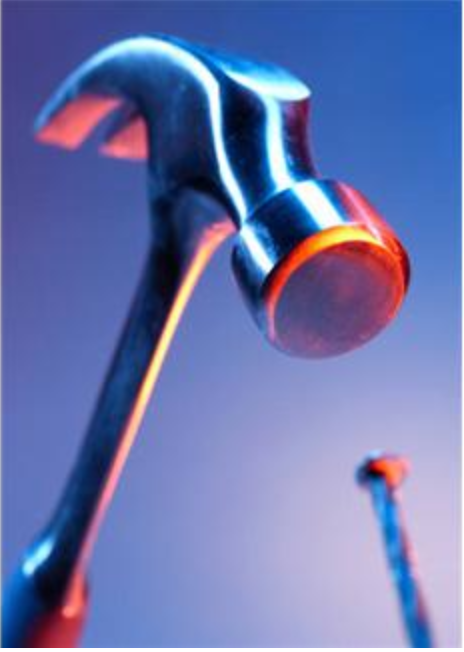 Is there a temptation in preaching to become a one-note messenger? To be so singularly focused on a particular issue or doctrine that every sermon ends up sounding the same no matter what the text or occasion? I think there is.

Though not discussing preaching per se, Kevin DeYoung describes the problem this way:

I have no problem with people having a focus to their ministry, whether that’s abortion, ecclesiology, Christian hedonism, tithing, or racial reconciliation. In fact, God often does much good with single-minded stalwarts like Wilberforce on slavery. Likewise, I recognize that God may give certain people special discernment or passion for a particular topic, error, or initiative. And because of our context we may feel compelled to protect certain doctrines or promote certain endeavors. We need experts and advocates. The problem is not with having a special hammer. The problem is when we whack at everything like its our special nail and whack at everyone for not being just as zealous about our one issue. (If All You Have Is a Hammer, emphasis mine)

As DeYoung notes, having a special focus or interest isn’t necessarily a problem. But here’s a needed caution and admonition to those susceptible to becoming single-track in their ministry of the Word:

Some of us have one main thing we want to say to the world. If that one thing is true, clear, and winsome, praise God. Say it again and again. But we shouldn’t say that same thing in every situation. And we shouldn’t stop with that one true thing. The Bible is a big book and God has placed us in a big world. There is much to celebrate, much to affirm, much to correct, much to enjoy, much to lament, and much to proclaim. There are a lot of nails sticking up that could use some pounding. So pound away. Just realize they don’t all call for the same hammer. (emphasis mine)

As preachers we need to be willing to serve the text and say what it says without forcing our focus onto it. We, like Paul, should be able to say,

I did not shrink from declaring to you the whole counsel of God. (Acts 20:27)

But what did Paul mean when he said that? Here’s how D. A. Carson explains it:

When Paul attests that this is what he proclaimed to the believers in Ephesus, the Ephesian elders to whom he makes this bold asseveration know full well that he had managed this remarkable feat in only two-and-a-half years. In other words, whatever else Paul did, he certainly did not manage to go through every verse of the Old Testament, line by line, with full-bore explanation. He simply did not have time. What he must mean is that he taught the burden of the whole of God’s revelation, the balance of things, leaving nothing out that was of primary importance, never ducking the hard bits, helping believers so to grasp the whole counsel of God that they themselves would become better equipped to read their Bibles intelligently, comprehensively. This doubtless included not only what to believe but how to act. It embraced God’s purposes in the history of redemption (truths to be believed and a God to be worshiped), an unpacking of human origin, fall, redemption, and destiny (a worldview that shapes all human understanding and a Savior without whom there is no hope), the conduct expected of God’s people (commandments to be obeyed and wisdom to be pursued, both in our individual existence and in the community of the people of God), and the pledges of transforming power both in this life and in the life to come (promises to be trusted and hope to be anticipated).  (“Challenges for the Twenty-First Century Pulpit,” in Preach the Word, 177-178, emphasis mine)

This is a good reminder for all who preach the Word. But for those in pastoral ministry, who shepherd the same flock of God from week to week and over the long haul of many years, it is especially critical that the sheep hear more than one note. Or, to borrow DeYoung’s imagery, we must whack at more than one nail and endeavor by the grace of God to preach “the whole counsel of God.”