So, Preacher, What’s Your Thing? 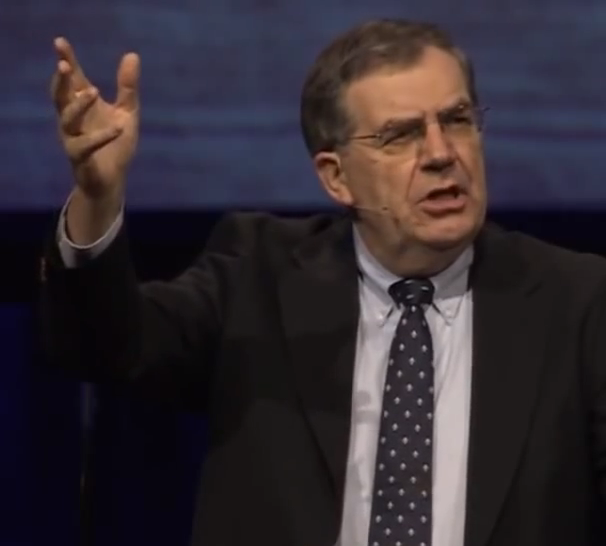 I recently listened to an audio recording of Sinclair Ferguson addressing the topic of “Preaching Christ in All the Scriptures.”

In the following excerpt he explains why he chose to address this particular topic. What he says raises a really important question: What is the one thing you want to be known for as a preacher? Or perhaps even more hard hitting, What (in reality) are you known for?

The issue of preaching Christ has (for me at least) has become a matter of increasing concern. And I say that for a number of reasons.

If Alistair [Begg] were already here, I’d probably ask him to tell us the story, but I remember him telling me on one occasion that very shortly after he came to United States he was playing golf with somebody, just one other minister, they were there, locked together for eight hours in a golf buggy, and at one point this man turned to him and said to him, “So, Alistair, what’s your thing?”

“What’s your thing?” And the implication was–I mean, Alistair thought, they never told me before I came to the United States if I was going to be a minister of the gospel here–that I needed a “thing.”  You know, something that was distinctive.

But to me it is a very striking thing the extent to which that is true. That if you’re going to be a model minister in these days people expect that you will have your thing. You will have your special emphasis.

And if you think about the people who are held before us, the people who are interviewed in the preaching magazines that you either get free or perhaps subscribe to. The models that are held up to us of ministry, there is usually something distinctive about their ministry.

Now the thing that concerns me (and this is just an arrow shot at a venture from a relatively little exposure to the entirety of North American evangelicalism) but my concern is—that one might hear all too infrequently on these occasions—“His thing is to preach only Jesus Christ and him crucified.”

But to me the great question is, no matter what the particularity of my burden may be, often that is related to the context of my regeneration and conversion and the location of my ministry, it ought to be possible to say of every gospel minister, and especially those gospel ministers we most admire, the thing that is manifestly, absolutely at the core and center of this ministry, that makes it apostolic, is that you can never sitting under that ministry, you can never escape from the centrality of Jesus Christ.

And I say that’s a concern to me, because I am not convinced that that would universally be said. And I think it’s worth us asking ourselves whether we suspect that it would be said of our ministry. “The thing about him in his ministry (now I recognize he has a special burden, and he’s got unusual gifts in this area,” but over the piece [?] you sit under that ministry, and the thing that you will be persuaded to say is, “This ministry is Christ-centered, Christ-dominated, and Christ-full.” And if anything else (and this might well be the secret) this minister is Christ-intoxicated. (personal transcription; formatting and emphasis added)

So, preacher, what’s your thing?