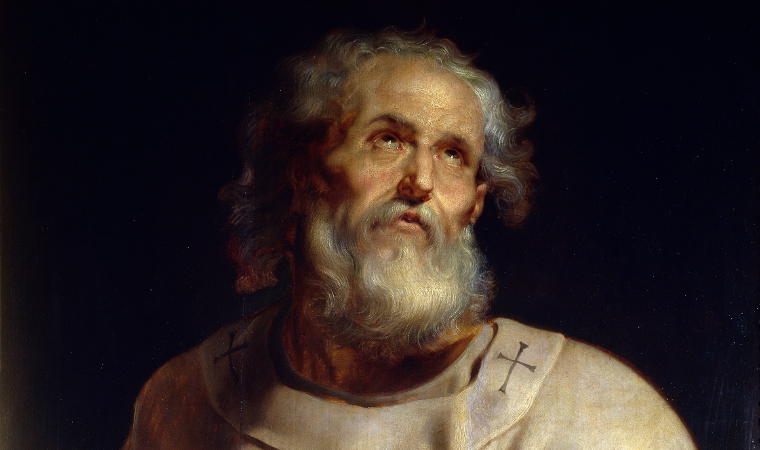 For a number of reasons 1 Peter has suffered from neglect of interest. In 1976 John H. Elliot wrote these classic words regarding 1 Peter which still ring true today (though perhaps to a lesser degree):

To judge from appearance, 1 Peter suffers second-class status in the estimation of modern NT exegetes. Along with the other relatively neglected documents such as the remaining Catholic Epistles, Hebrews, and the Johannine Apocalypse, it is generally treated as one of the step-children of the NT canon. (JBL 95:2, emphasis mine)

Many preachers who are committed to preaching through books of the Bible consecutively are more inclined to preach from one of Paul’s rich doctrinal epistles, like Ephesians or Romans.

Perhaps you resonate with the testimony of Welton Gaddy who has written one of the few journal articles designed to provide preachers with help in preaching 1 Peter.

Previously 1 Peter has not been an integral part of my personal canon for preaching. I fear that I am not alone in having turned regularly to the Gospels and the Pauline epistles for intensive study with only occasional sermonic forays into the prophets and the Pentateuch. Unfortunately, the smaller non-Pauline writings in the New Testament, like 1 Peter, have served me primarily as source books to which to turn with sermon topics in search of appropriate biblical texts. I repent!  Preaching from 1 Peter,” Review and Expositor 79:3 (1982): 472

It is not surprising, then, that more has been written in the area of the Pauline letters, and, therefore, more help is available for preachers when preaching from that section of the New Testament. There are, of course, a number of good commentaries and helps available for understanding the text of 1 Peter; however, very little has been written to help preachers preach through this neglected epistle.

Let me give you some reasons why you should consider preaching through 1 Peter in 2016.

1 Peter needs to be highlighted for its rich theological contribution.

The preacher who preaches through this letter will end up covering some of the great themes of Christian doctrine and living:

Its Value for Our Contemporary Situation

New Testament scholars have suggested that 1 Peter is overlooked because of its apparent irrelevance to our contemporary situation as Christians in the West.

What significance could this ancient letter have for Christians for whom social alienation and suffering for the faith are generally unfamiliar experiences? . . . Classroom discussion of 1 Peter has raised the suggestion that perhaps 1 Peter is for the church in another time and place and that its message of suffering is not necessarily applicable to the church today. The relative neglect of 1 Peter in sermons and Bible studies may attest to the truth of that thought in practice, if not in principle.  (1 Peter, BECNT)

I must admit I have never met any Christians in the United States who have told me that 1 Peter was their favorite book or even high on the priority list. Most Christians enjoy Psalms and Proverbs, many Christians enjoy Philippians or 1 John, active countercultural types like the teachings of Jesus (especially the Sermon on the Mount), academic-theological types like Romans, charismatic types like Acts, practical types like James—but few people raise their hands in Sunday school classes and ask the teacher to expound 1 Peter. Why? The answer is simple: Too much of it is centered on aspects of Christian existence that are far from most Western Christian experiences: social marginalization and suffering. (1 Peter, NIVAC)

The situation for the American church, however, is fast becoming parallel to the situation of Peter’s first-century readers. Peter wrote to a group of believers who were marginalized and ostracized for their faith in Jesus Christ. Persecution for them came primarily in the form of verbal slander, not imprisonment or physical abuse.

In response Peter gives them pastoral help for navigating in a society that is generally intolerant of their counter-cultural beliefs and lifestyle.

Christians (especially in the West) today need to know how to live well and wisely in the world and yet remain faithful to Jesus Christ. They need to know how to respond like Christ to the increasing marginalization and public slander of biblical Christianity. That means there may be no greater time than now for more interest in and preaching of this valuable and relevant letter.

Its Connection to the Life and Ministry of Peter

In addition, preaching through 1 Peter will necessarily involve interaction with the life and ministry of one of the most engaging characters in all of the New Testament—the apostle Peter. First Peter, though not biographical in content (like Galatians), nevertheless grows out of and reflects Peter’s life story and, in particular, his relationship to Jesus Christ.

Many Christians identify with the rash, impetuous Peter of the Gospels. They also connect with his failure to remain loyal to Jesus during His trial and crucifixion. Yet, here in 1 Peter the reader encounters a transformed Peter, a Peter full of hope and confidence. In the Gospels Peter struggled to embrace the cross along with the crown. Yet, in 1 Peter he appeals to his readers to embrace both suffering and glory as it was patterned by the Lord Jesus and predicted by the Old Testament prophets.

Preaching from 1 Peter, then, highlights the transformation of Peter and serves as an encouragement to all those who identify with his personality and struggles as a disciple of Jesus Christ.

Its Pastoral and Homiletical Value

Lastly, there is a need to encourage the systematic preaching of 1 Peter for its pastoral and homiletical value.

Since Peter is addressing suffering Christians in a negative social context, it is instructive for today’s preachers to analyze how he approaches this situation with pastoral sensitivity and care.

These questions will be answered through a careful analysis of the letter.

Preaching through 1 Peter will give pastors instruction in helping those who are suffering, and it will also educate their listeners who may be involved in counseling and discipleship efforts.

I think it’s time for preachers to resurrect interest in 1 Peter and to highlight its increasingly-relevant message in order to equip believers for the coming days.

Why don’t you give some prayerful thought to the possibility of preaching through 1 Peter in 2016.