The Power of Example: Paul’s Rhetorical Strategy in Philippians 2 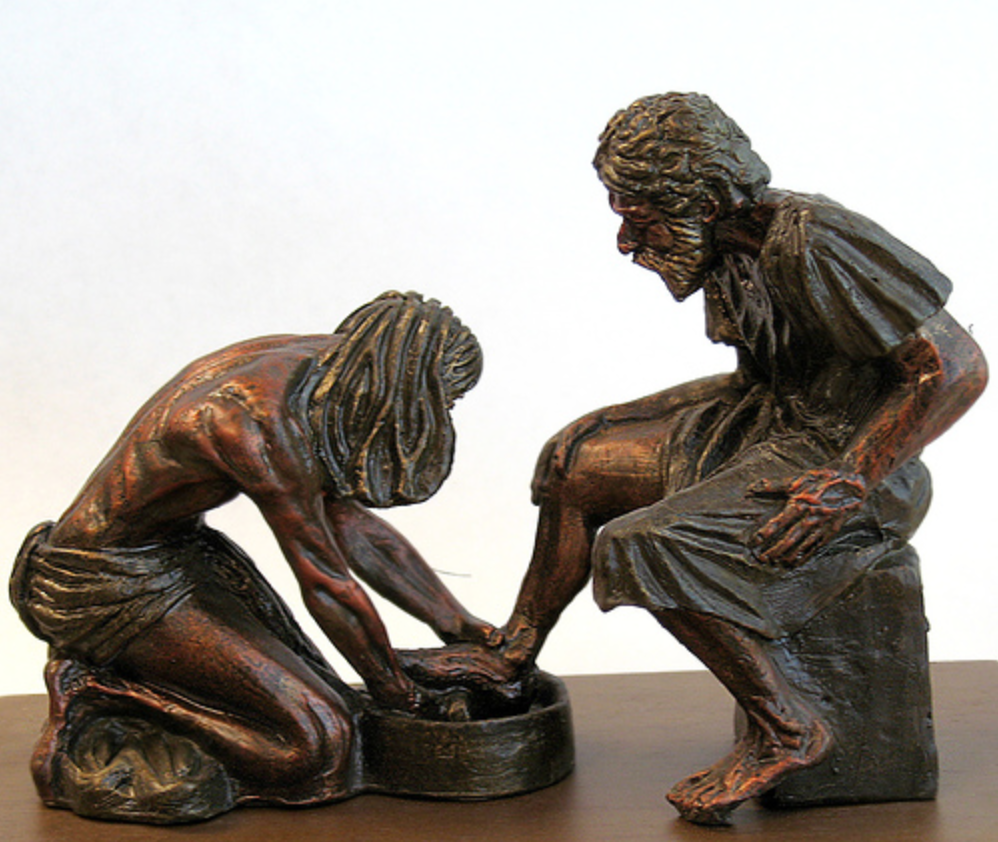 I’d like to suggest that the answer to the how question may be found in the text too.

Perhaps an example would help. Consider Paul’s rhetorical objective and strategies in Philippians 2.

Paul’s Objective (the Why)

Paul’s rhetorical objective is related to his pastoral concern for these believers. He is seeking to correct the natural tendency in his readers to “look…every man on his own interests” and not enough “on the interests of others” (2:4). And his larger concern (reflected at the end of 1:27 and 2:2) was the disunity that this kind of selfishness leads to. And his even larger concern is the damaging effect that this selfishness and disunity would have on the reputation of the gospel of Christ: “Only let your manner of life be worthy of the gospel of Christ.”

That shift in orientation (away from my own things to the things of others) requires a fundamental change in the way I think. It requires a change of mind. It’s what Paul calls in v. 2 “lowliness of mind” or humility.

Paul’s Strategy (the How)

There are any number of legitimate rhetorical strategies Paul could have employed to accomplish his rhetorical objective stated in in 2:5, “Let this mind [ie., lowliness of mind] be in you.”

But he doesn’t. He paints a picture of what humility looks like. He employs illustration, particularly in the form of example. Paul goes right to the example of Jesus Christ with these words: “Let this mind be in you which was also in Christ Jesus: Who . . .”

In addition to the example of Jesus Christ, Paul provides three more examples of what humbleness of mind looks like. In addition to referencing himself, Paul points to Timothy (2:19-24) and Epaphroditus (2:25-30) as illustrations of humility, or the mind of Christ.

Notice what Paul says about Timothy in v. 20: “I have no man likeminded, who will naturally care for your state. For all seek their own.” Consider how Paul concludes the section on Epaphroditus in v. 30: “for the work of Christ he was made nigh unto death, not regarding his life, to supply your lack of service toward me.”

Not only are Paul’s example true but they are also relevant to the topic of humility. It’s apparent that Paul selects these examples and highlights these specific aspects of their example to move his audience toward his objective.

Homiletical Lessons (the So What)

So what does this mean for us as contemporary preachers of Philippians 2 and other texts?

So what is the significance of Paul’s rhetorical example for us?

It is suggestive. Ironically, it provides us with an example of how example can be used in a legitimate and powerful way. It reminds us that example is one of the rhetorical tools in our sermon construction toolbox. In other words, not every idea has to (or should) be developed through abstract, logical discourse.

Biographical example is a particularly powerful rhetorical strategy because it is concrete and personal. In the case of Epaphroditus, the fact that the Philippian believers knew his manner of life personally only heightened the power of his example. Instead of keeping “lowliness of mind” in the abstract, Paul brings it down to the “mind of Christ,” and the mind of Timothy, and the mind of Epaphroditus. The Philippians could visualize the concept of humility and would be more inclined to embrace it for themselves when they could see it in action as the beautiful virtue that it is. What is not to like about humility when it is packaged so attractively?

In my last post I talked about the need for our rhetorical forms to be consistent with the message they carry. In this case, the form–example–is very much consistent with the gospel since God chose to embody His message in His Son (Jn. 1:1, 14). Do you want to know what God is like? Look at the Son (Jn. 1:18), who is “the express image of his person” (Heb. 1:3). God does not merely discuss His love in the abstract. He demonstrates it and illustrates it.

It is also consistent with Peter’s use of Jesus Christ as an example for believers: “For to this you have been called, because Christ also suffered for you, leaving you an example, so that you might follow in his steps” (2:21).

If I were preaching through Philippians 2 I would necessarily deal with the historical examples found in the text. But as I think about developing the message of Philippians 2 for my target audience, do I need to use modern or extra-biblical examples as my primary rhetorical strategy? No, but I think it would be good for us as preachers to take our cue from rhetorical strategies employed by the original author and look for contemporary examples of humility, perhaps those personally known by our congregation.

There’s no doubt that preachers should be focused on the what (message) of the text. But there is much insight into the meaning of the text and into the development of a contemporary philosophy and methodology of preaching that comes from looking carefully at the why (purpose) and how (strategies) of individual texts of Scripture.